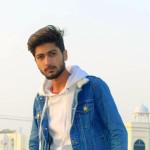 Jannat Say Aagay Is a new drama coming on Geo TV Soon. Gohar Rasheed, Kubra  Khan, Talha Chahour and Ramsha Khan are playing the lead role in this drama. The drama serial Jannat Say Aagay is written by Umera Ahmed and Haseeb Hassan under the banner of 7th Sky Entertainment. Abdulllah Kadwani & Asad Qureshi are the producers of the drama Jannat Say Aagay.

Both Umera Ahmed and Haseeb Hasan are giants in their field. Umera Ahmed is perhaps the most popular writer of the present time whose novels and plays are known to almost everyone while Haseeb Hasan has given us some of the best projects in his career. Combine the dynamic duo and you have an Alif-like masterpiece that will last a lifetime.